Appropriately enough for a desert country, Jordan is an oasis of calm in the Middle East. Its strategic location on trade routes and the paths of armies has shaped its character as a crossroads where cultures and religions meet, and each passing civilization has left its mark in the form of striking monuments. Jordan’s best feature, however, is entirely home-grown: the warmth and hospitality of its people, who have been welcoming visitors for centuries and continue to do so today.

In this land of shifting sands that have inspired poets, explorers, and even fictional detectives, here is our selection of the top places to visit in Jordan. 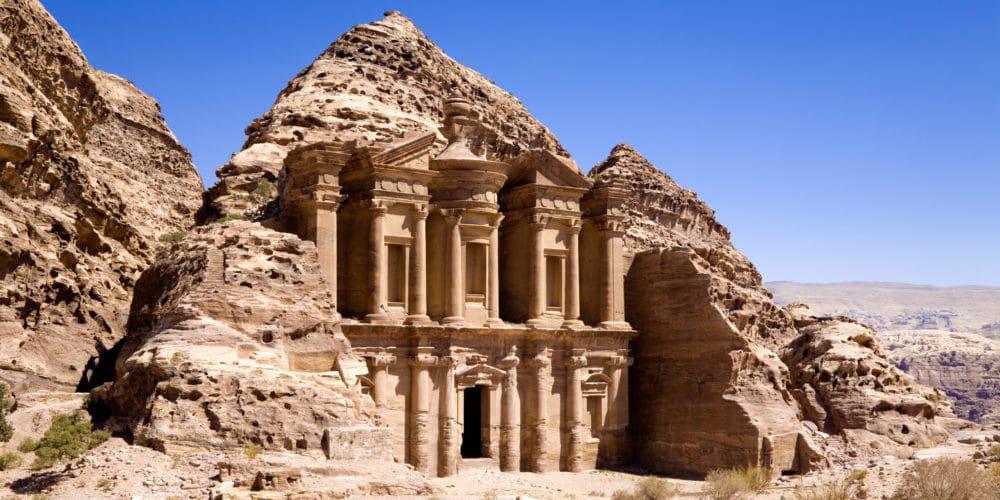 Visiting the ancient ‘Rose City’ is a breathtaking experience, and it’s not hard to see why it’s become the symbol of everything that Jordan has to offer. Literally carved out of solid rock, the tombs and columns of Petra are instantly recognizable, and the red stones seem to glow with mystery and romance.

The approach to Petra is via a deep, dark gorge between towering cliffs – the Siq. As you emerge into the sunlight, you are confronted by the Treasury – a dazzling façade of columns and arches cut into the pink stone. The effect of emerging into the sunlight and seeing the Treasury all at once is dazzling, as are the views of the rock-hewn tombs from the amphitheater – a man-made bowl amongst the cliffs.

As the sun rises and sinks, the colors and even the temperature of the rocks change, and the breeze seems to whisper long-forgotten secrets. Agatha Christie set her Poirot novel ‘Appointment of Death’ in Petra; today, it is a candidate for any list of places to see before you die. 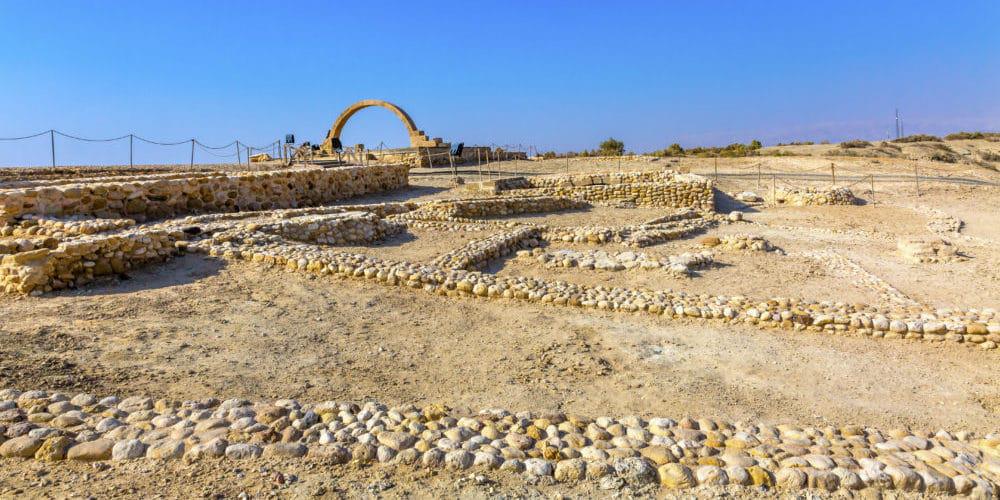 Bethany Beyond the Jordan

Many of Jordan’s place names will be familiar to Christians as they feature in both the Old and New Testaments. One of the most significant Biblical locations lies just five miles to the north of the Dead Sea and is believed to be the site where Jesus was baptized by John the Baptist. This is a hugely important moment in the history of Christianity, and Bethany Beyond the Jordan has long been a site of pilgrimage.

Whichever belief system you subscribe to, it’s hard not to be moved by the sight of the River Jordan flowing through this otherwise arid landscape, and the simple yet profound faith of the believers who built the churches and monasteries along the eastern bank of the river. 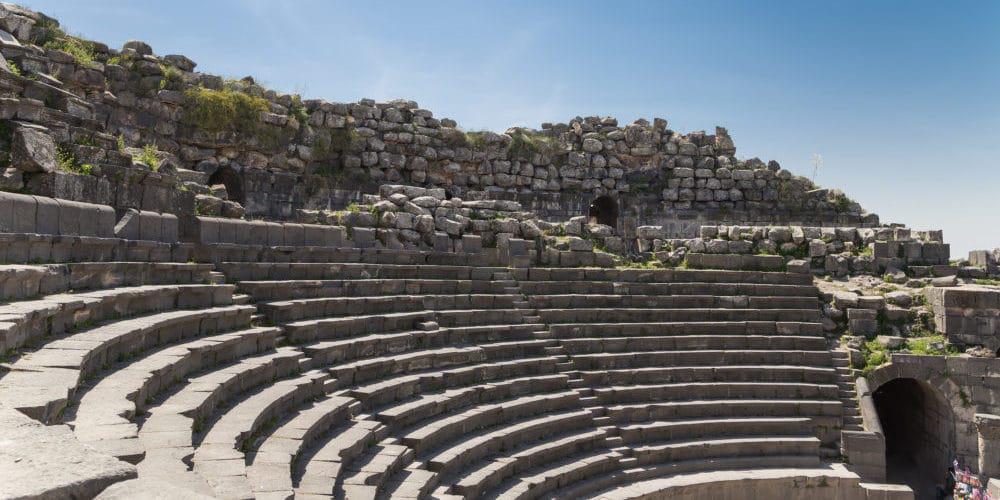 The hilltop town of Umm Qais in far northern Jordan is known for its views of the Sea of Galilee and Israel, and the nearby ancient city of Gadara, site of some of the best-preserved Roman ruins outside of Italy.

The columns, bath houses, and amphitheater are in such good condition that you can easily imagine the slap of leather sandals on the flagstones or the jingle of legionaries’ armor. On the paved street that runs through Gadara from east to west you can even see ruts left by the wheels of carts and chariots – a tangible connection with the traders and philosophers who lived here. Strolling around Gadara, you get a real sense of what the town must have been like, from the impressive public buildings to the fascinating details of everyday life. 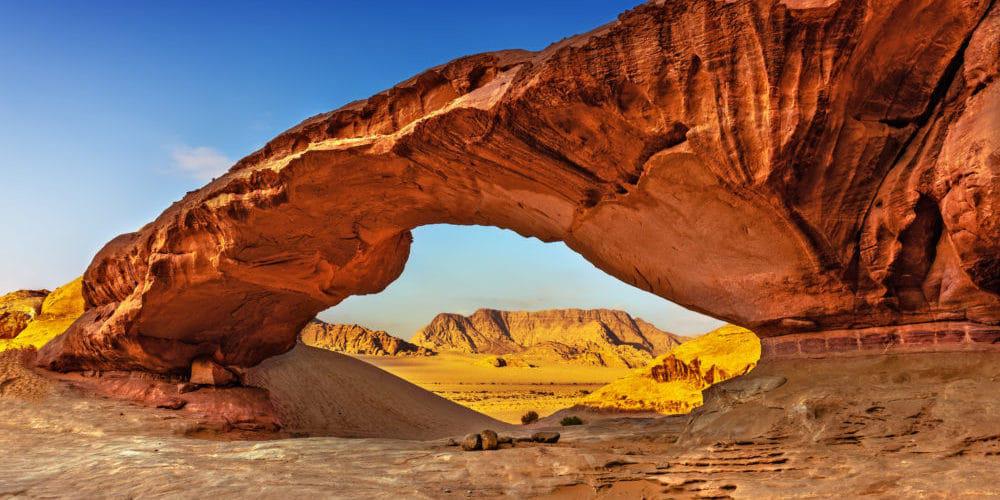 Thanks to Jordan’s long history of welcoming foreigners, some of the most evocative descriptions of the desert were written by an Englishman – Lawrence of Arabia. His iconic memoirs, ‘The Seven Pillars of Wisdom’, recount his adventures leading Bedouin warriors against the Ottoman Empire and contain beautiful passages about the Jordanian landscapes which inspired him.

The ‘Valley of the Moon’ has struck a chord with artists and writers since time immemorial, as evidenced by the petroglyphs carved into its rocks. The red sands and incredible rock formations – some smoothed and rounded by sandstorms, others jagged like dragons’ teeth – along with the impressive temple ruins – make for almost impossibly romantic views.

The best of these are from the peak of Jabal Ram, which also features rock-climbing routes up sheer red cliff faces for those who cling to the notion that a view must be earned! 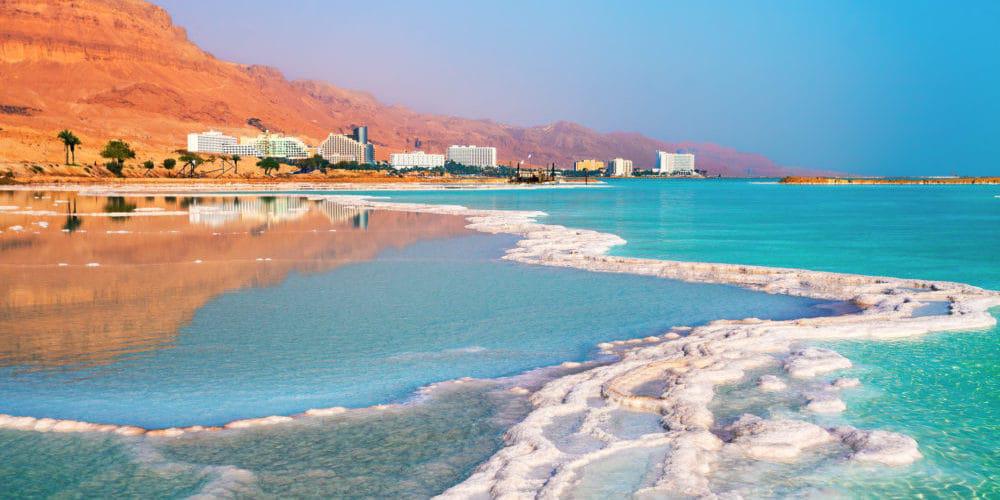 The Dead Sea is a paradox: a sea that’s below sea level. Over 1,400 feet below, in fact, making it the lowest point on Earth other than the ocean floor. The name comes from the incredible concentration of salt in the water– at almost ten times the salinity of seawater, very little can survive here.

Nothing about the Dead Sea makes any sense, from the rock-salt beach pebbles to the fact that the water is so dense that swimming is all but impossible – but then again, so too is sinking! Fed by the Jordan River, the Dead Sea was one of the world’s first spa resorts and people have long recognized the health-giving properties of the waters and the minerals they contain.

A soak in (or on!) the Dead Sea is a wonderfully relaxing experience and it’s traditional to take a picture of yourself reading a newspaper, to illustrate the effect. There’s obviously a lot of selfie potential here, but be careful not to drop your smartphone in the water or the sea won’t be the only thing that’s dead!