Founded in the 1500s, Antigua was the seat of colonial power in Central America for over 200 years. Built in a valley and surrounded by three volcanoes, the town was beautifully situated if not geologically stable. Over the centuries many churches and monasteries were constructed, destroyed by earthquakes, then rebuilt or left to ruin. The end result is a cobblestone town filled with arches, fountains and elegant colonial designs judiciously painted in pastel….yet studded and sported all over with haunting historical ruins. Take a look at some of the best things to see in Antigua. 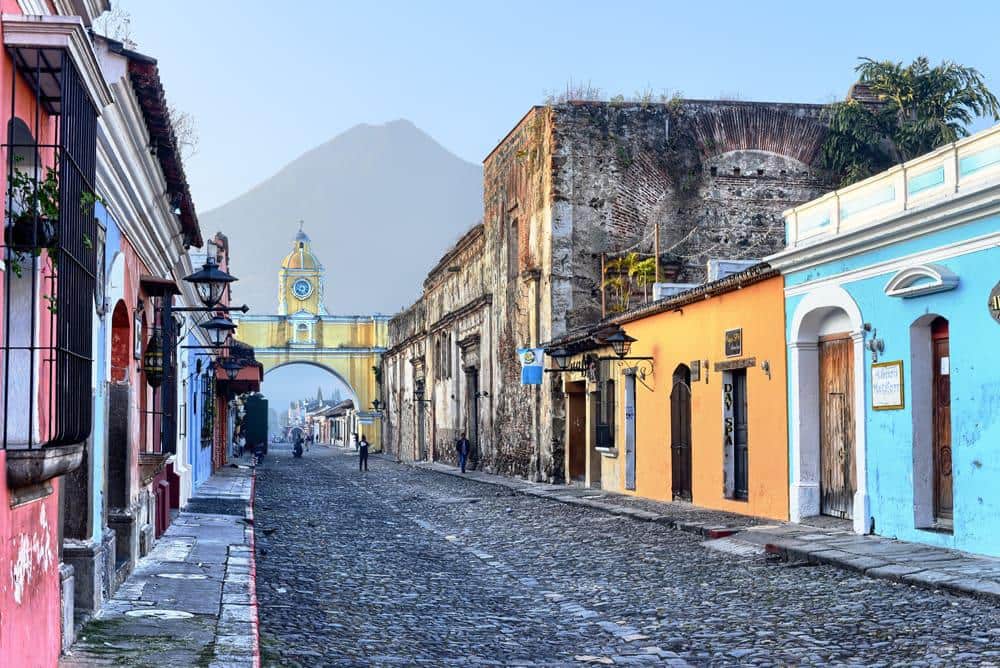 The Santa Catalina Arch serves as the town’s unofficial icon. Built in the 1700s, it was originally constructed to connect a convent to a church school, thus giving the nuns a way of passing between the two without going out in public.

Like hundreds of European-designed towns before it, Antigua is based around a leafy, central square. It’s a perfect place to watch life pass by while enjoying an ice cream cone or a smoothie, something many wandering vendors will be more than happy to sell you. 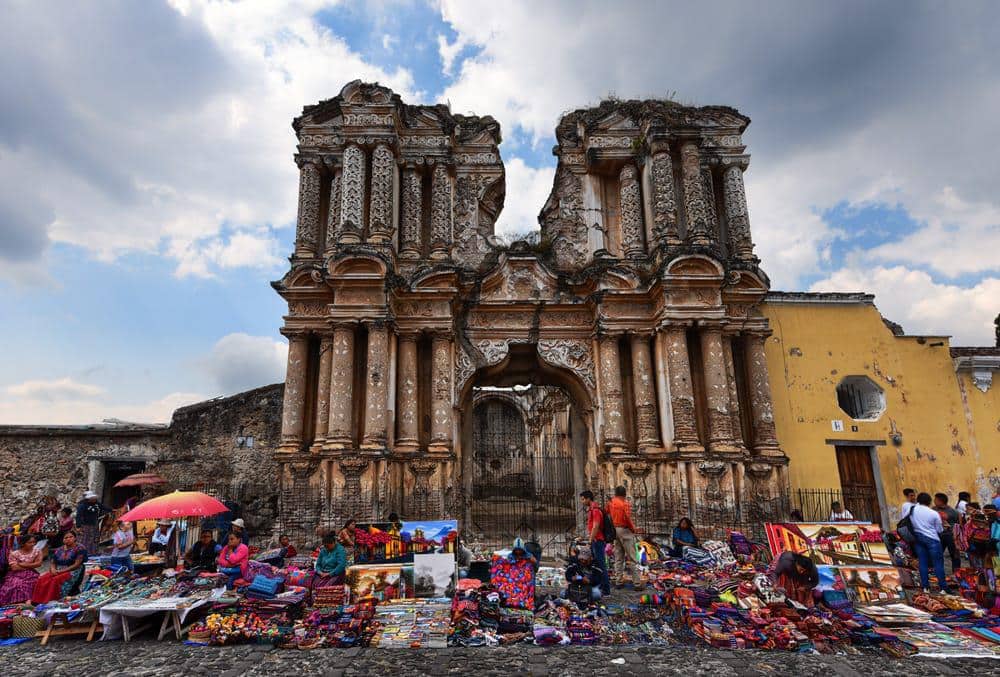 After weathering several other major earthquakes since its construction, the Nuestra Senora del Carmen Church was more or less destroyed by a pair of quakes that struck on either end of the 20th century. The facade is all that remains and is now a popular spot for indigenous artists to sell textiles and paintings. 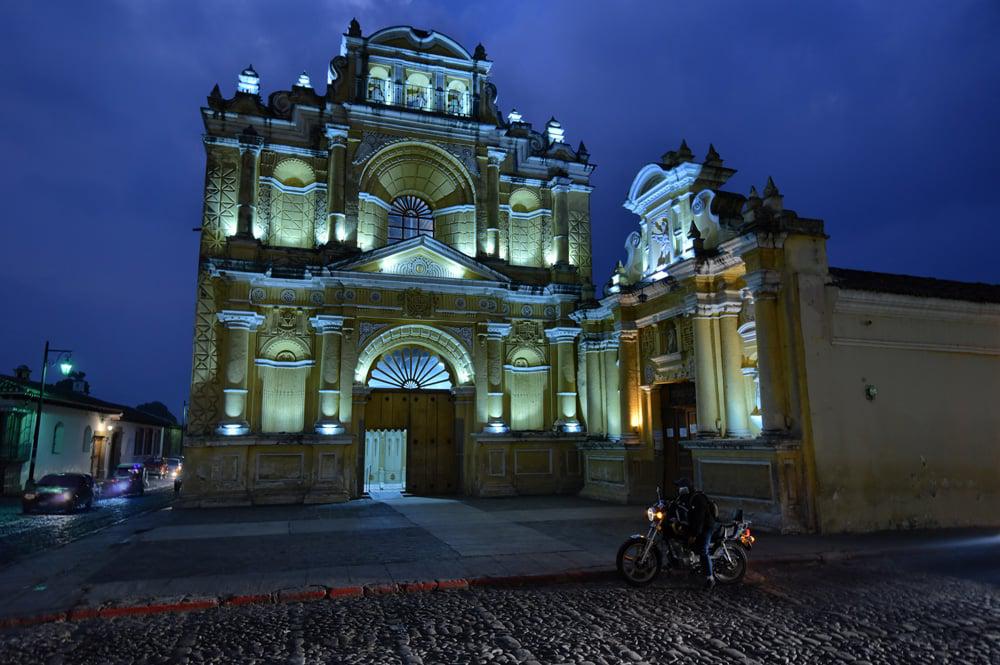 Originally founded by a Dominican friar who is now a national hero, the San Pedro Hospital started life as a thatch hut and has been rebuilt many times due to earthquakes. The friar was known for refusing to wear anything other than rags and for seeking out the sick or injured on the streets and physically carrying them to the hospital on his back. 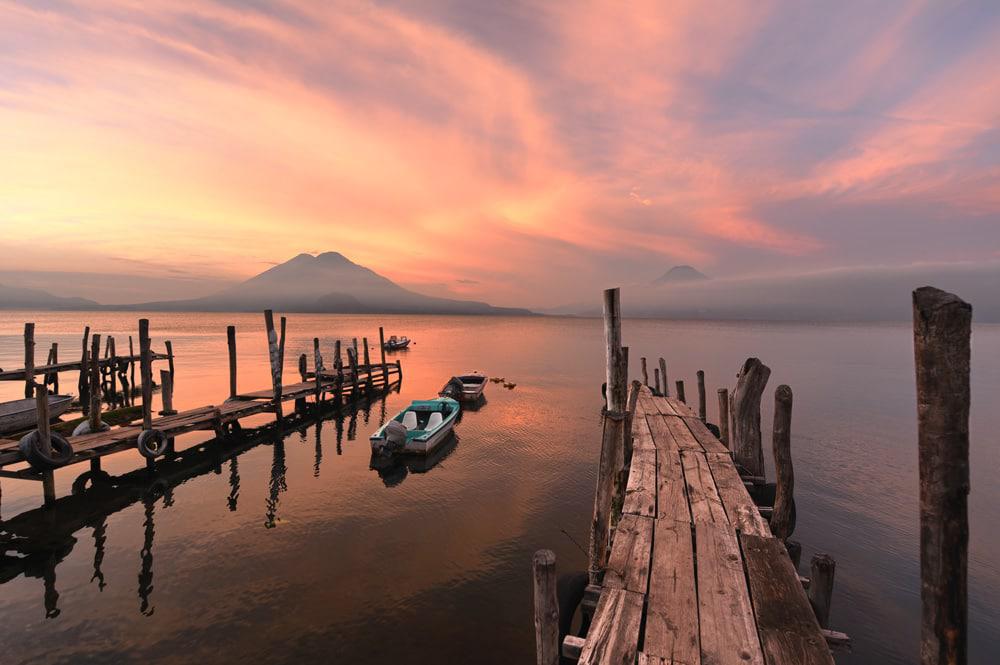 Ok, we admit it, we’re cheating a little including this here, but at only two hours distance Lake Atitlan makes a wonderful weekend trip from Antigua. Surrounded by its own set of volcanoes this mountain lake has a palpably laid-back atmosphere. It’s a place where the main activity is visiting the various villages which ring the lake or simply watching the sun go down while sipping on a cold drink. For the more physically active hiking opportunities abound, while the adventurous would be hard-pressed to find a more scenic place for paragliding.