China’s thriving development is set against an ancient backdrop, first brought to the world’s attention by the 13th-century adventurer, Marco Polo. Its imperial dynasties are richly remembered in Beijing’s Forbidden City and Summer Palace, while its most iconic structure – the Great Wall of China – still winds across the country.Witnessing the more than 8000 life-size warriors of the Terracotta Army which guard the tomb of First Emperor Qin is an essential China travel experience, as is getting up close to Giant Pandas at Chengdu’s research base and breeding center. While China’s mega-cities appear to be heaving and sprawling into the surrounding towns and villages, the sheer size of the country means there are still remote areas of breathtaking natural beauty.Intrepid travelers will find adventure hiking through the spectacular limestone pinnacles of Wulingyuan and cruising along the Li River, while Tiger Leaping Gorge along the Yangtze River and the old Silk Road both offer outstanding vistas. For an insight into China’s rich cultural diversity, you can travel into the high altitude mountains of Tibet, explore the arid landscapes of Inner Mongolia or visit the ethnic minority communities of Yunnan.

Home to more than 21 million people, the Chinese capital is a pulsing blend of modern development, ancient tradition, and enticing street food, set against the historic backdrop of the Ming and Qing dynasties. Explore its famed Forbidden City and nearby Tiananmen Square, then soak up the opulence of the…

There are two official standards for plugs and sockets in the People’s Republic of China. The first is the grounded, three-blade CPCS-CCC which is practically interchangeable with the type of socket found in Australia. Their non-grounded two-blade standard is very much like a 2-blade North American/Japanese plug, but the sockets generally will not accept U.S. plugs because the sockets are non-grounded and non-polarized. An adapter will probably still be required for that type. Due to a substantial Hong Kong presence in mainland China, some buildings are wired with British BS-1363 sockets, which is the primary socket type used in Hong Kong. If your appliance’s plug doesn’t match the shape of these sockets, you will need one or more travel plug adapters in order to plug in. Travel plug adapters simply change the shape of your appliance’s plug to match whatever type of socket you need to plug into. If it is crucial to be able to plug in no matter what, bring an adapter for all three types.

Electrical sockets (outlets) in the People’s Republic of China usually supply electricity at between 220 and 240 volts AC. If you’re plugging in an appliance that was built for 220-240 volt electrical input, or an appliance that is compatible with multiple voltages, then an adapter is all you need.

But travel plug adapters do not change the voltage, so the electricity coming through the adapter will still be the same 220-240 volts the socket is supplying. If your appliances are not compatible with 220-240 volt electrical output, a voltage converter will be necessary.

There are two official standards for plugs and sockets in the People’s Republic of China. The first is the grounded, three-blade CPCS-CCC which is practically…

Imports and exports of local currency are limited to ¥20,000. The import and export of foreign currency is unlimited, but amounts exceeding the equivalent of US$5,000 must be declared.

It is possible to exchange CNY outside China, albeit mainly in Southeast Asia and Hong Kong. Foreign banknotes and traveller’s cheques can be exchanged at branches of The Bank of China. In hotels for tourists, imported luxury items such as spirits may be bought with Western currency. Scottish and Northern Irish banknotes cannot be exchanged.

American Express, Diners Club, MasterCard and Visa credit cards are widely accepted in major provincial cities in designated establishments. Credit cards are often unlikely to be accepted away from the major cities.

ATMs can generally be found in airports, hotels, shopping centres and banks, as well as in many major cities and towns.

To avoid additional exchange rate charges, travellers are advised to take traveller’s cheques in US Dollars.

All water used for drinking, brushing teeth or freezing should first be boiled or otherwise sterilised. Bottled water, widely and cheaply available, is the most advisable way of getting around this. Be especially careful when eating at small street-side stalls or restaurants where standards of hygiene may not be high. Pork, salad, scallops, snails and mayonnaise may carry increased risk. Vegetables should be cooked and fruit peeled.

Chinese cuisine has a very long history and is renowned all over the world. Cantonese (the style most Westerners are most familiar with) is just one regional style of Chinese cooking. There are eight major schools of Chinese cuisine, named after the places where they were conceived: Anhui, Fujian, Guangdong (Cantonese), Hunan, Jiangsu, Shandong, Sichuan and Zhejiang.

While tipping is still not officially approved of, the practice is becoming more commonplace in China. It is usual in tourist hotels and restaurants, and with tour guides and drivers. A service charge is often added by restaurants in large hotels.

All water used for drinking, brushing teeth or freezing should first be boiled or otherwise sterilised. Bottled water, widely and cheaply available, is…

China’s extreme size means it has a great diversity of climates, but being located entirely in the northern hemisphere means its seasonal timings are broadly comparable to those in Europe and the US. The northeast experiences hot and dry summers and bitterly cold winters. The north and central region has almost continual rainfall, hot summers and cold winters. The southeast region has substantial rainfall, with semi-tropical summers and cool winters. Central, southern and western China are also susceptible to flooding, and the country is also periodically subject to seismic activity.

China’s extreme size means it has a great diversity of climates, but being located entirely in the northern hemisphere means its seasonal timings…

International airports in Beijing, Shanghai and Guangzhou have undergone massive upgrades with stylish new terminals added. Tickets will normally be purchased by guides and the price will be included in any tour costs.

Independent travellers can also book through the local Chinese International Travel Service (CITS), which charges a small commission, popular online agent Ctrip.com (http://english.ctrip.com) or alternatively buy tickets in booking offices or at some hotel travel desks. It is advisable to purchase internal air tickets well in advance if travelling during April, May, September or October.

There are multiple daily connections to Hong Kong from Beijing, Shanghai and Guangzhou, as well as other cities. You can also fly directly to Taiwan from 21 cities on the mainland. Flights are always overbooked so seats must be confirmed before travel.

Be aware that while car hire services are available, it is not possible to drive in China without a Chinese driving licence and an International Driver’s Licence will not be recognised. Obtaining a Chinese license can be a long and complicated process and in most cases it is preferable and relatively inexpensive to hire a car with a driver. China’s road infrastructure itself is generally of a high standard, particularly between major centres. Police road blocks are not uncommon, and standards of driving can be erratic. Distances should not be underestimated and vehicles should be in prime mechanical condition as away from the cities, China is still very much an agricultural nation without the mechanical expertise or services found in the West. From Beijing to Shanghai is 1,461km (908 miles), and from Beijing to Nanjing is 1,139km (718 miles).

As part of its economic drive, China has undergone rapid expansion of its road network and it is now possible to reach 80% of settlements by road, although a high percentage of roads are simple gravel tracks rather than tarmacked surfaces. A superhighway links Beijing and Tianjin, and a 138 km (86 miles) four-lane toll highway links Hangzhou and the port of Ningbo in the Zhejiang province.

Taxis are available in large cities from most hotels and shopping districts, and are generally permitted to stop at the passenger’s signal. It is best to check if the taxi is metered. If not, then it is important to agree a fare beforehand (especially at railway stations), before getting into the taxi. Drivers are not normally tipped. Visitors should have their destination written down in Chinese characters before starting any journey as most drivers do not speak English. Hotels often provide cards with the hotel address and that of several key attractions or points in the city. Taxis can be hired by the day.

There is an extensive intercity network of long distance buses which tourists can use as an alternative to air or train travel. These are much cheaper than trains and most have air-conditioning, toilets, and depending on the length of the journey, may have sleeping berths. Seats can generally be booked in advance at the coach station.

There are metro systems in Beijing, Shanghai and several other cities including Tianjin, Guangzhou, Shenzhen, Chengdu and Nanjing. Hong Kong has its Mass Transit System, and tramways and trolleybuses operate in a number of other cities. New systems are under construction in Xi’an, Harbin, Qingdao and other cities. Most cities have public transit systems, usually bus.

Railways provide the principal means of transport for goods and people throughout China, with the network standing as one of the busiest and most comprehensive worldwide. The routes are generally cheap, safe and well maintained. Routes operate between major cities; services include Beijing to Guangzhou, Shanghai, Harbin, Chengdu and Urumqi.

There are three types of train, of which Express is the best. There are four types of fare: hard seat, soft seat (only on short-distance trains such as the Hong Kong to Guangzhou line), hard sleeper and soft sleeper (the priciest option). Children under 1m (3ft) tall travel free and those under 1.3m (4ft) pay a quarter of the fare. Rail travel is usually comfortable but time-consuming due to the vast distances between destinations. High-speed intercity trains travelling up to 350kph (218mph) link Beijing with Tianjin, and Shanghai with Suzhou and Hangzhou.

The Qinghai to Tibet railway which is a 1,142km (710mile) route from Golmud in Qinghai to Lhasa in Tibet is the most elevated rail route in the world, reaching an altitude of 5,072m (16,640 ft). Services now operate to Lhasa from Beijing, Xi’an, Chengdu, Chongqing, Guangzhou and Shanghai.

All major rivers are served by river ferries, especially the Yangtze. Coastal ferries operate between Dalian, Tianjin (Tientsin), Qingdao (Tsingtao) and Shanghai. There are regular ferry services between mainland China and Hong Kong, conditions on which vary.

If arriving in winter, heavyweight clothing and boots are recommended to cope with what can be extreme cold. Likewise, lightweight clothing should be packed for a visit at the height of summer.

If arriving in winter, heavyweight clothing and boots are recommended to cope with what can be extreme cold. Likewise, lightweight clothing should be packed… 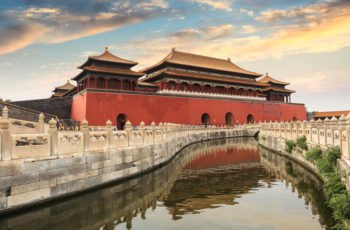 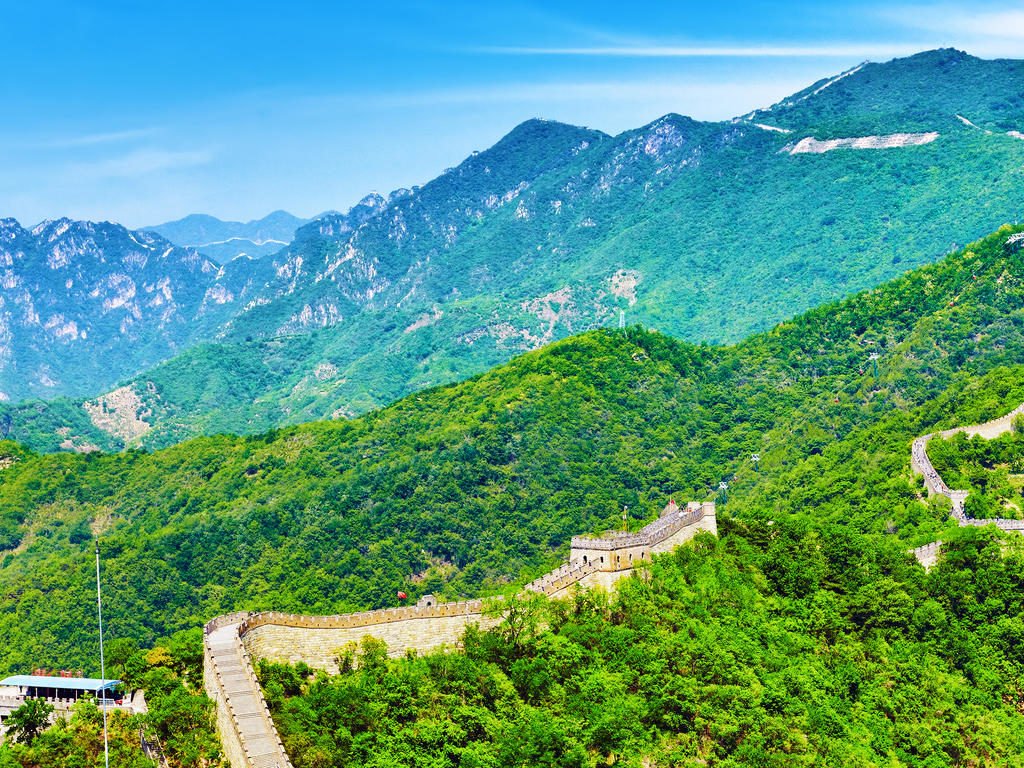 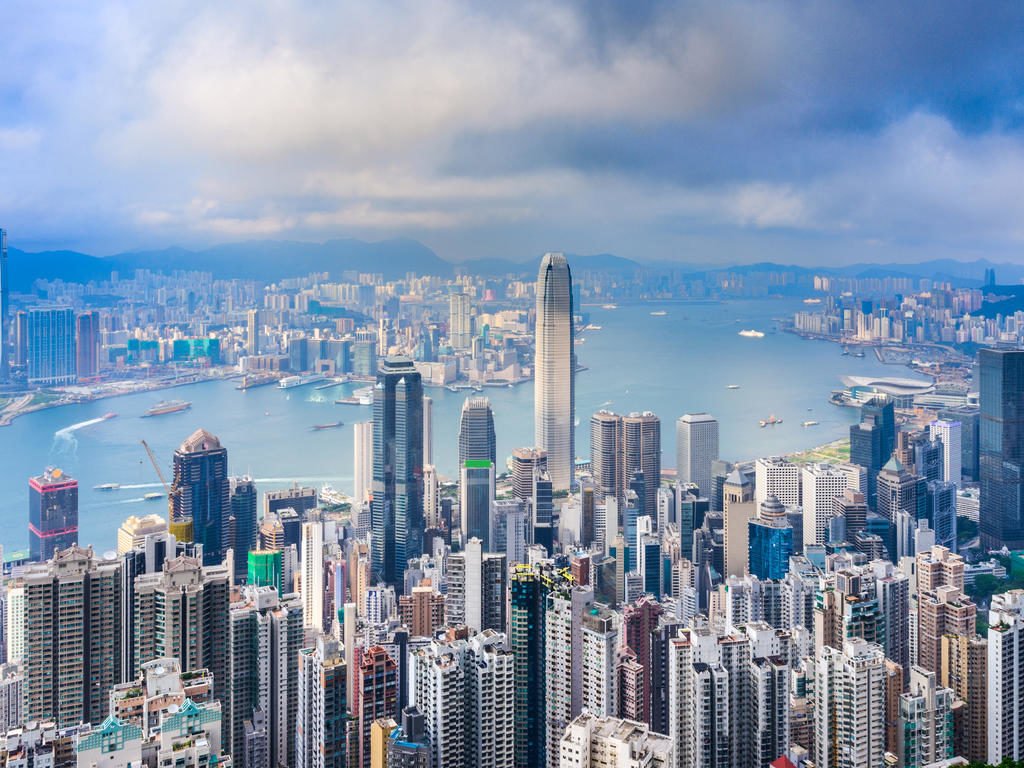 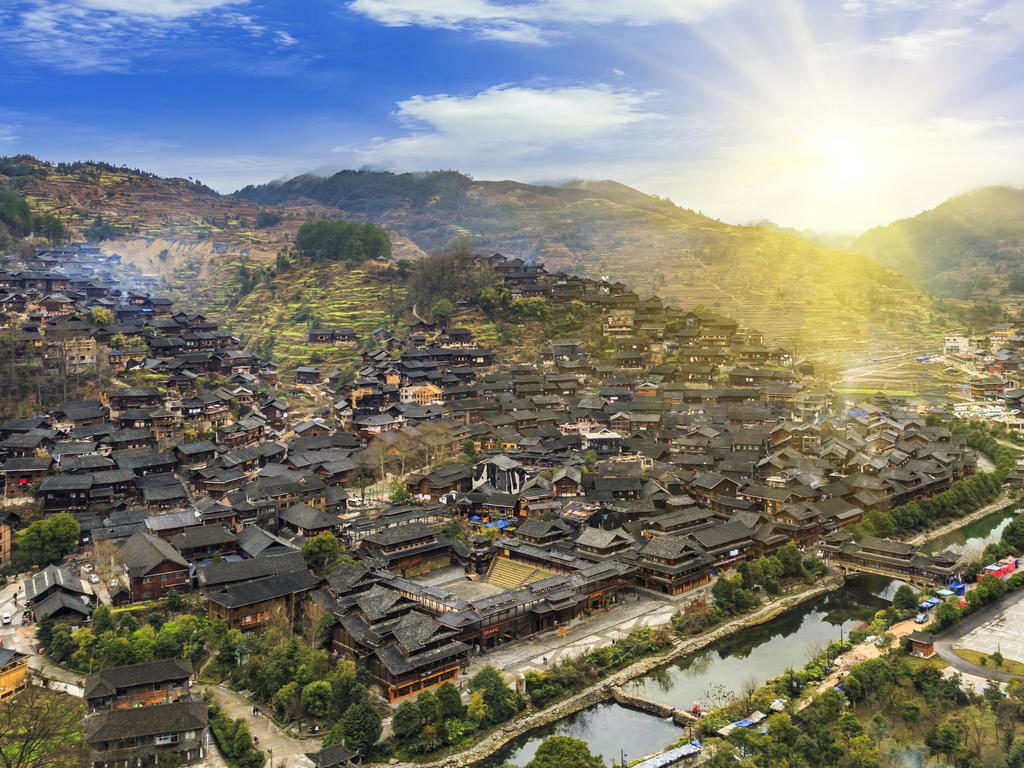 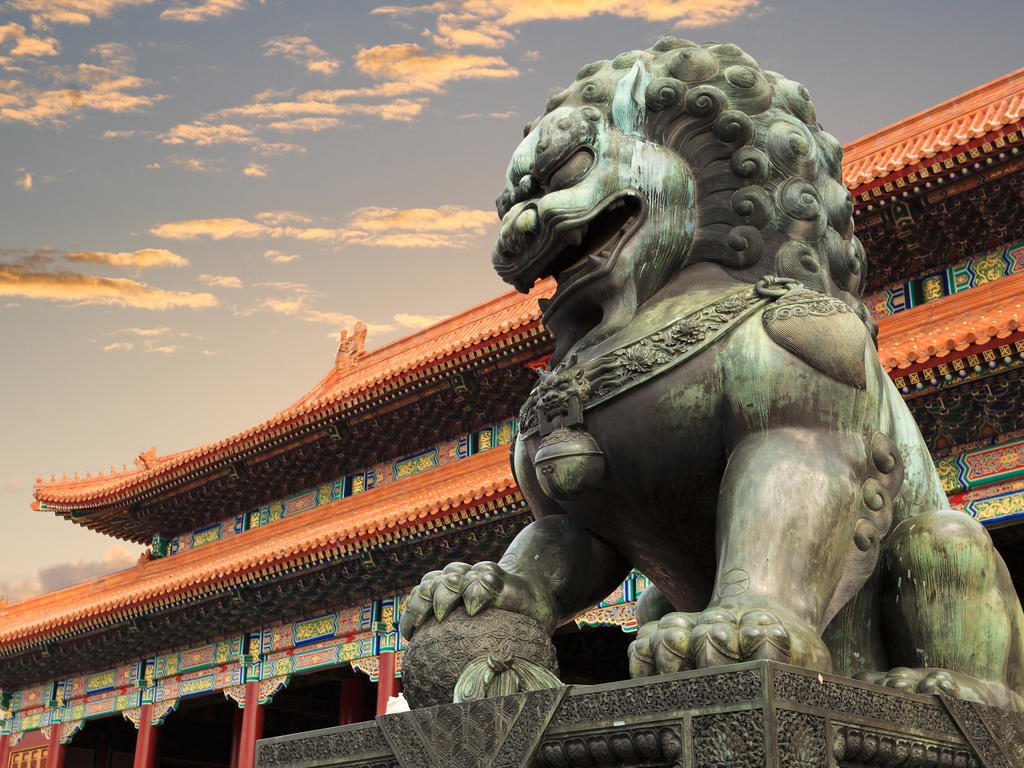 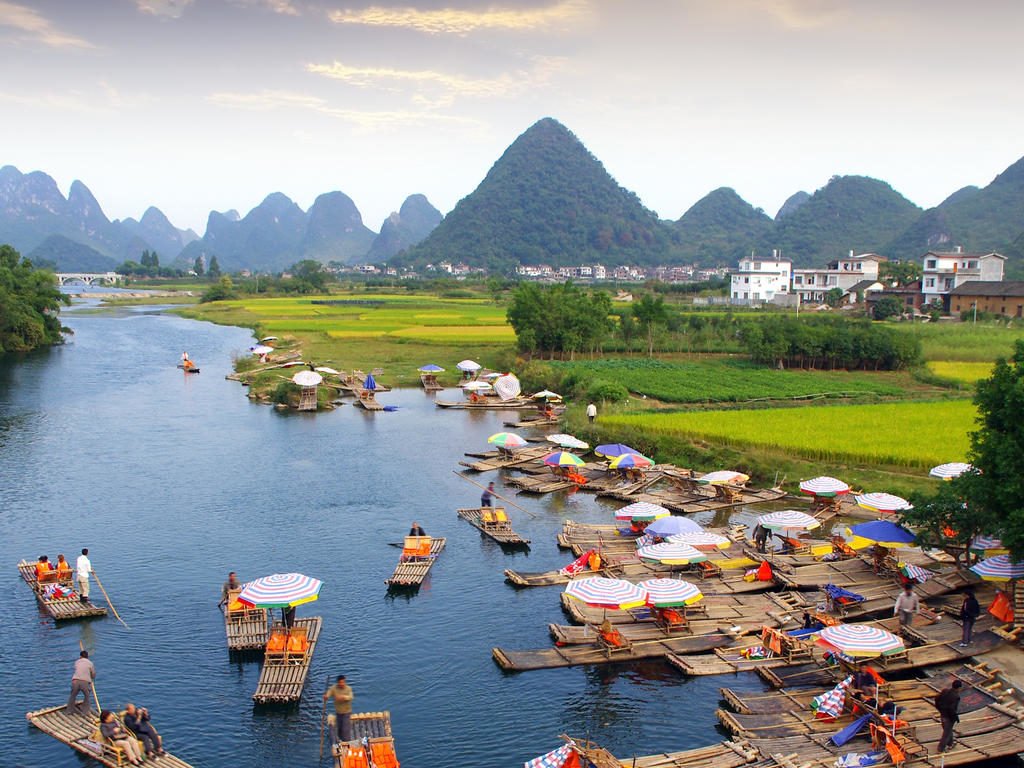 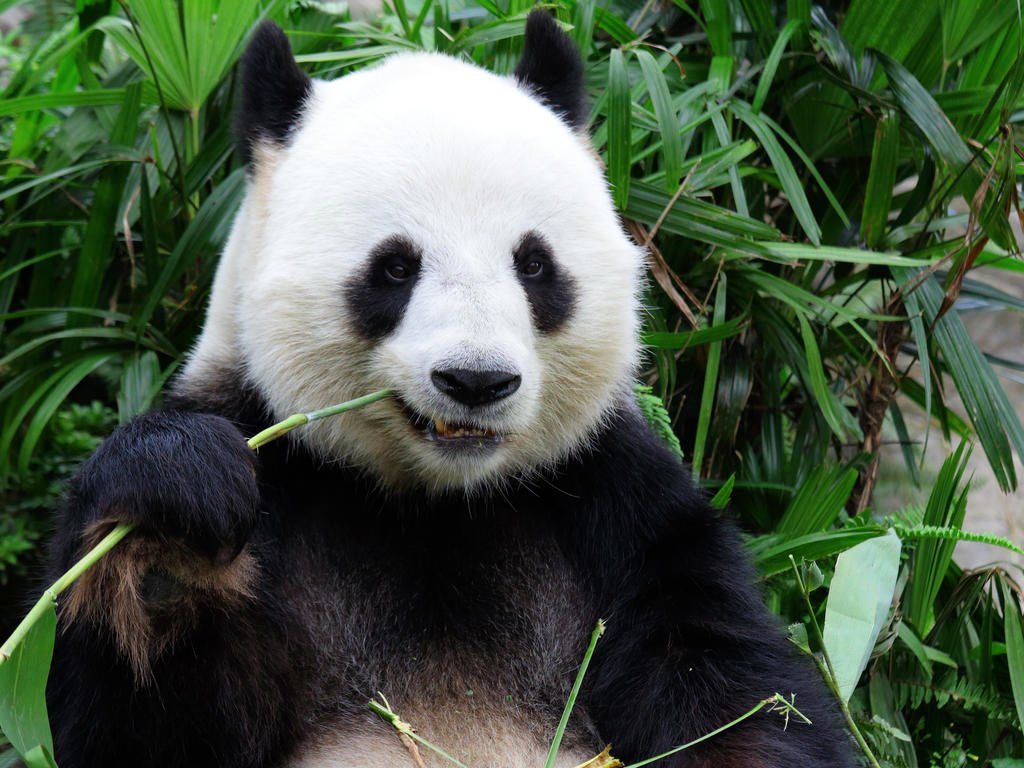