Mozambique has a well-deserved reputation as a superb beach holiday destination, but this long slice of coastal southern Africa has a few other aces up its sleeve, too.

Of course, it’s impossible to talk about this wonderful country without describing the warm, azure waters of the Indian Ocean and its sweeping, pristine sandy beaches fringed by palm trees. Mozambique’s coastline is some 1 500 miles long, and includes the perfect honeymoon islands of the Bazaruto and Quirimbas Archipelagoes for when you really need to get away from it all.

The ocean continues to play a major role in life in Mozambique, as it always has. Fascinating historical locations such as Ibo Island and Ilha de Moçambique containing many clues to a past dominated by trade in ivory and gold, and the Swahili heritage evident in many coastal areas speaks to a melting-pot of Arabic and African influences.

Portugal’s long association with Mozambique can be seen in ancient churches and navigational crosses, and more recent colonial holiday villas. The Portuguese also left their mark on Mozambique’s cuisine, as one bite of a deliciously fresh and insanely spicy peri-peri prawn will tell you!

The seafood, as you’d expect, is excellent – and so too are the opportunities to catch your own. The waters off Mozambique offer incredible game-fishing, and you can channel your inner Hemingway by heading off in pursuit of a marlin or sailfish.

Conservation-minded operators now concentrate on catch-and-release fishing, and we’d definitely recommend this approach. On the subject of conservation, Mozambique has taken great strides towards protecting its natural heritage and diving and snorkelling on its reefs can result in encounters with manta rays and immense but harmless whale sharks.

Marine wildlife – plus the chance to relax on the beach – make Mozambique the ideal counterpoint to safaris in, say, South Africa or Botswana as part of a combined bush and beach holiday. If you need another safari fix, you can visit Gorongosa National Park – one of southern Africa’s wildest – where pioneering conservation work is helping animal populations to recover after years of poaching.

Perhaps the quintessential Mozambican experience is to relax in your hammock with a local 2M beer or ‘R&R’ (rum and raspberry) cocktail, gazing out over the ocean as the sun sets.

Close your eyes and imagine a desert island – the sort that pirates might bury their treasure on. You’ve just pictured Bazaruto! This small cluster of sandy islands just off the coast of Mozambique is a natural paradise that offers the very best of the Indian Ocean.Protected as a national…

Electrical outlets in Mozambique usually supply electricity at between 220/240 volts at 50 cycles per second. A three-point round-pin adapter plug should be brought for your electrical appliances – such adapters are also available at major airports. If you’re plugging in an appliance that was built for 220-240 volt electrical input, or an appliance that is compatible with multiple voltages, then an adapter is all you need.

Travel plug adapters do not change the voltage, so the electricity coming through the adapter will still be the same 220-240 volts the socket is supplying. If you need to use appliances that are not compatible with 220-240 volt electrical input, you will need a voltage converter.

Electrical outlets in Mozambique usually supply electricity at between 220/240 volts at 50 cycles per second. A three-point round-pin adapter plug should…

Currency
The unit of curency in Mozambique is the Metical (M) which is divided into 100 centavos. South African Rand and US$ are also widely accepted.

Credit CardsCredit cards are accepted in most establishments, although travellers’ cheques are not – please confirm in advance.

Banking
Local banks have branches in cities that are generally open on weekdays from 7:45am to 12:00pm. ATMs are spreading across the country, but travellers cheques are difficult and expensive to exchange.

Currency
The unit of curency in Mozambique is the Metical (M) which is divided into 100 centavos. South African Rand and US$ are also…

In Mozambique all town treat their drinking water, travellers are however advised to boil the tap water before drinking it, alternatively would be to buy mineral water. Tap water can safely be used for showering and brushing your teeth.

Mozambique offers some of the best cuisine in Africa, providing a popular blend of Portugese, Indian and African influences. The country is well known for its seafood, which includes excellent prawns and crayfish, and the wildly popular grilled catch of the day, locally known as peixe grelhade. Local dishes, mainly along the coastal areas have a certain flair which makes them unique from the foods found in neighbouring countries. Mozambicans believe in the liberal use of coconut milk and their favourite local hot pepper, peri peri to add a zesty burn to their meals. For more carnivorous visitors, there is a decent variety of high quality meats, usually, bought into Mozambique from neighbouring South Africa.

In Mozambique all town treat their drinking water, travellers are however advised to boil the tap water before drinking it, alternatively would be to buy…

The Mozambique coastline stretches for almost 2,000km, covering latitudes from about 11° to 27° South, and has a tropical ocean current running north to south along its length for the whole year.

Despite this range of latitudes, the whole country broadly follows a southern African weather pattern, with the rains falling largely between December and March.

This does vary a little between the north and south of the country, with the rains lasting a few weeks longer in the north than the south, but the pattern is the same. Humidity can be uncomfortably high during this period.

Most of Mozambique’s rain arrives on moist southeast trade winds, but glance at a map to see that it lies in the rainshadow of Madagascar. This gives Mozambique a relatively low annual rainfall – and a great deal of protection from the tropical storms and the occasional cyclone which head towards it during this period.

By around April or May the rains subside, the sun comes out and the humidity drops – better weather spreads gradually from the south to the north.

June to October is the dry season, with often perfect tropical weather: clear skies, plenty of sun and almost no rain. This is the best time for most people to visit Mozambique. Although still tropical, June, July and August are Mozambique’s coolest months; you’ll need a light duvet at night, even though the temperature reaches over 80°F by day. During September and October it remains dry as daytime temperatures climb, though it cools down a lot at night.

November is a less predictable month of transition. Sometimes the rains start, although many days remain sunny and hot. The rains generally start earlier in the north of the country.

The Mozambique coastline stretches for almost 2,000km, covering latitudes from about 11° to 27° South, and has a tropical ocean current running north…

Public transport is not recommended within Mozambique, however there are reliable bus shuttles to the north and international/local planes.

There are scheduled flights into Maputo and Vilankulo. Flights are generally routed via Johannesburg in South Africa. There are a variety of smaller airstrips for smaller charter flights (to the islands, etc).

Driving is on the left in Mozambique. You need to make sure that you are carrying ID, your drivers licence, the car registration papers and your insurance details. It is also obligatory to carry a warning triangle and I would also recommend a high viz vest. The wearing of seat belts is compulsory.

The roads are generally not in good repair. Many of the main roads have an awful lot of potholes and some are very deep.

Public transport is not recommended within Mozambique, however there are reliable bus shuttles to the north and international/local planes.

Light clothing is a must for most of the year (do not forget your swimminwear and sunscreen!). However, during winter (June-August) it can be chilli in the evenings, so pack something warm. When visiting game reserves, remember to pack sensible walking shoes, a hat and colour appropriate clothing (browns, greens, etc). In the evenings, it is advisable to wear long sleeved shirts to protect from the mosquitoes.

Light clothing is a must for most of the year (do not forget your swimminwear and sunscreen!). However, during winter (June-August) it can be chilli in…

Please consult your health-care provider 4-6 weeks prior to travel to ensure you are receiving all required vaccinations, and that the medication has enough time to take effect. We highly recommend the purchase of travel insurance with medical benefits, and that you bring any personal medication with you. Please also check with your health department prior to departure for any changes in health regulations.

Required Immunizations/Vaccinations:
Yellow Fever- required for travellers coming from a yellow fever infected country. It is otherwise not required or recommended. You should be vaccinated at least 10 days before you travel, as this will allow enough time for your body to develop protection against the yellow fever infection. Your proof of vaccination certificate will only become valid after this time.

Malaria
Mozambique is a Malaria risk area and it is therefore strongly recommended that all travelers consult their medical practitioner at least two weeks prior to the start of their safari. Whether oral prophylaxis are taken or not, it is recommended to always use mosquito repellent, wear long pants, closed shoes and light long-sleeved shirts at night, and sleep under a mosquito net in endemic areas (the anopheles mosquito, which carries malaria, operates almost exclusively after dark).

It is inadvisable for pregnant women to visit malarial areas as malaria infection during pregnancy can be detrimental to both mother and child. Malaria can be prevented if you are sensible and take basic precautions, such as:

• Use plenty of mosquito repellent. Some camps provide a locally made repellent but please bring your own as there may be skin sensitivity.
• Wear long-sleeved shirts and trousers/slacks in the evenings.
• Please use the mosquito net over your bed where supplied/available.
• If staying in a bungalow or tent, spray with a suitable insecticide to kill any mosquitoes that may have flown into your room.
• Mosquito coils are also effective.

Please consult your health-care provider 4-6 weeks prior to travel to ensure you are receiving all required vaccinations, and that the medication has enough…

Make copies of all your important documents such as passports, driver’s licenses, credit cards, etc. Keep copies with you and back at home. If anything is lost or stolen this will be a lifesaver.

Passport:
Passports must be valid for at least 6 months beyond the intended departure date. Please ensure you have at least three blank visa pages (not endorsement pages) in your passport.

Visa:
US citizens are required to obtain a visa prior to arrival into Mozambique. Non U.S. citizens should consult with your local embassy.

Language:
The official language is Portuguese; however in general most people understand and speak some English.

Time Zone:
Mozambique is 2 hours ahead of Greenwich Mean Time (GMT) all year round.

Language:
The official language is Portuguese; however in general most people understand and speak some English. 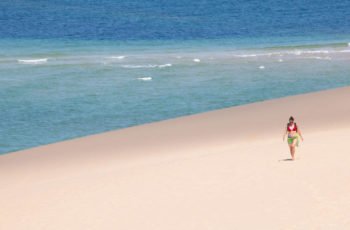 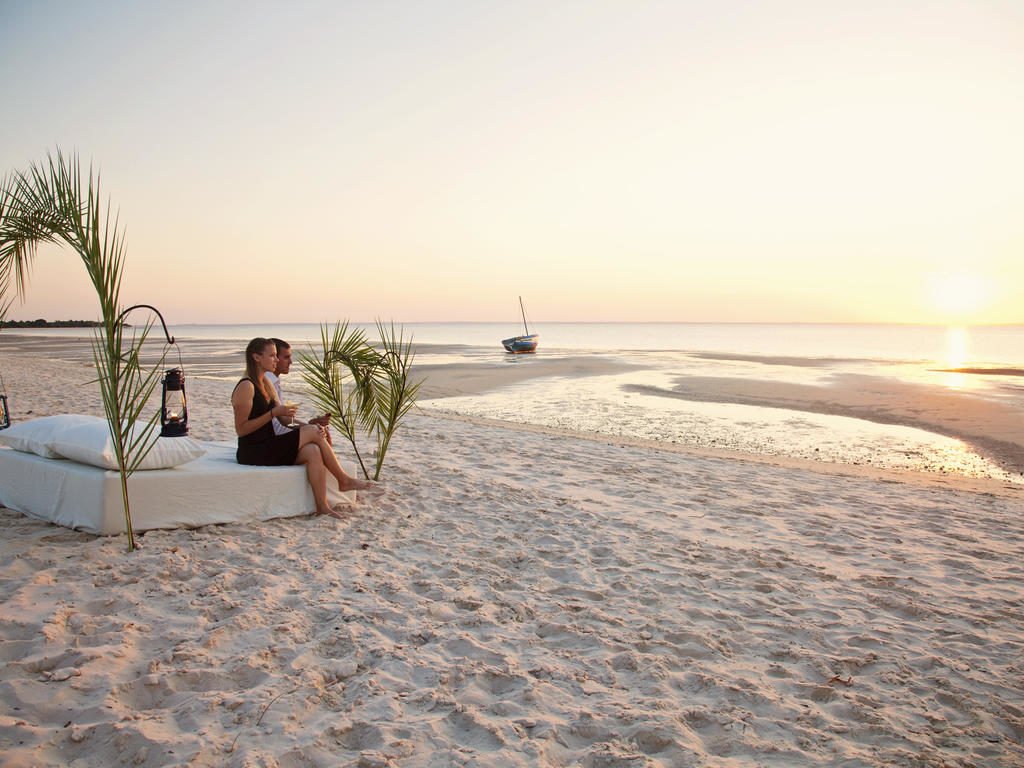 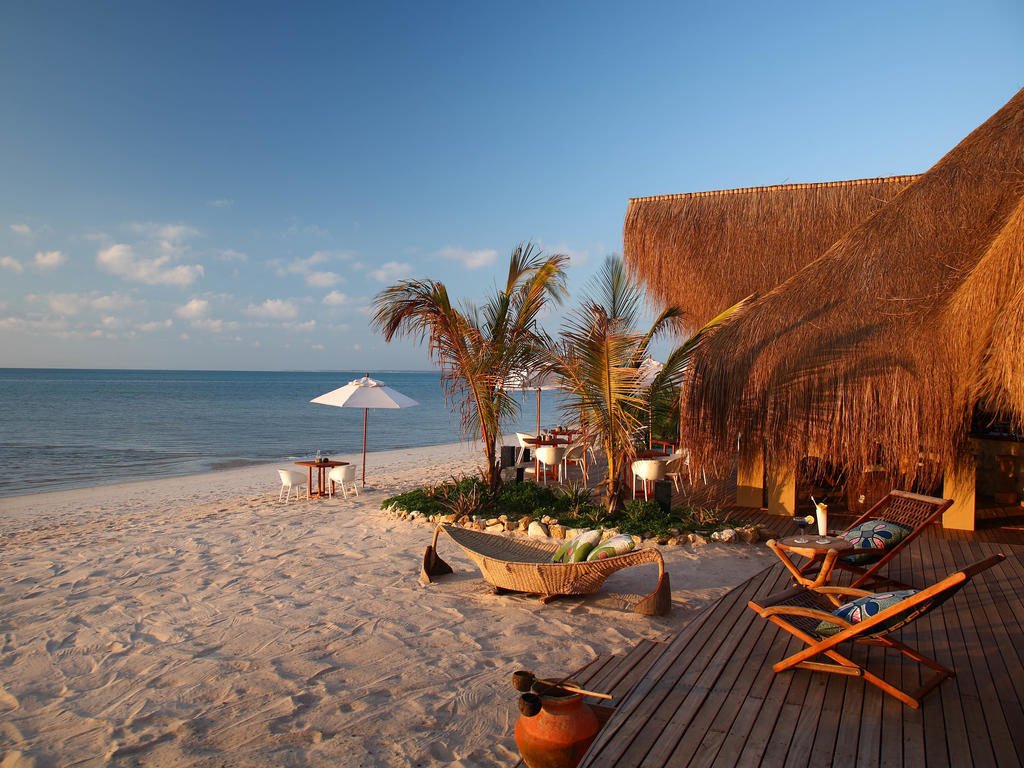 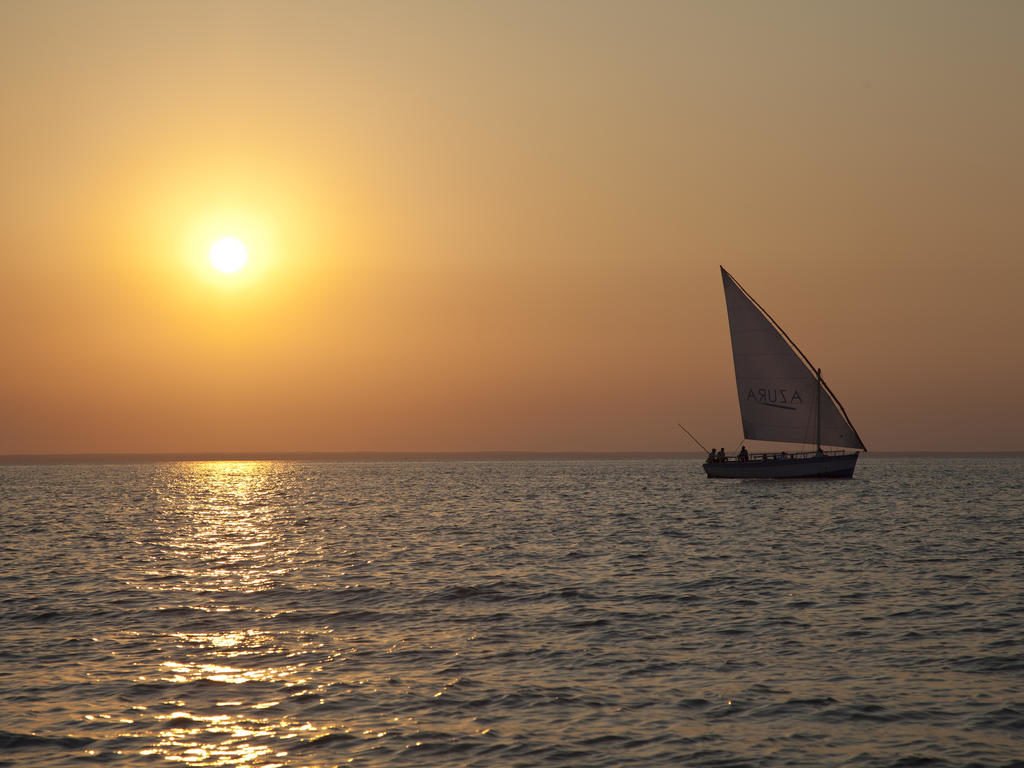