The western fringes of Europe are where the magic still lives, in ancient legends, language and songs sung in lilting Gaelic accents. Walk in the footsteps of ghosts and giants, heroes and graverobbers, and keep an eye out for the elusive leprechaun.

Ireland’s rocky coastline, rolling green hills, and ruined castles are impossibly romantic, and it’s no wonder that some of the world’s greatest storytellers hailed from the Emerald Isle. Shannon and Kinsale are two of the prettiest spots in the whole country while spending time in Dublin lets you enjoy the nightlife of Temple Bar and a glass or two of Ireland’s most famous export: Guinness.

After Ireland, Scotland beckons, with its rugged moors and mountains, swift streams and purple heather. Cruise the lochs (where monsters may or may not still swim in the depths!) before arriving in the historic and beautiful capital city of Edinburgh.

Sophistication and classic style are the hallmarks of the renowned Bunratty Castle Hotel, an intimate and charming hotel in the west of Ireland. The hotel features spacious rooms, superb dining and a spa of exquisite indulgence. Nestled in the heart of the historic countryside of Bunratty and with easy access…

Actons of Kinsale is situated in heart of the colourful historic harbour town of Kinsale also referred to as the Gourmet Capital of Ireland. Actons is the oldest hotel in Kinsale originally established in 1946 by two sisters, Sidney and Shelia Acton and since then has become an integral part…

Buswells Hotel is located in Dublin’s city centre in the heart of the business district, next to the Dáil, Irish Parliament. The hotel is only a 5-minute stroll away from St. Stephen’s Green and Grafton Street, Dublin’s fashionable shopping district. The elegant Georgian hotel features 67 guest bedrooms, designed to…

Featuring an impressive conference centre, Macdonald Morlich Hotel is an ideal accommodation choice for both business and leisure travellers. Guests can enjoy Mediterranean food and drink with friends, family or colleagues at the on-site Giovanni’s Italian Restaurant or relax at the hotel bar. Take a short walk to Aviemore Activity…

Minutes away from Haymarket Station and Edinburgh Airport links, the Apex Haymarket Hotel offers personal service, modern accommodations and thoughtful in-room touches at an affordable rate in a central location. The Edinburgh hotel is one of the hotel options nearest the Edinburgh International Conference Centre and BT Murrayfield Stadium, providing…

Built in 1687 as the grand baroque home of Edinburgh’s Lord Provost, Prestonfield is now Edinburgh’s highest-rated hotel and home to the destination restaurant, Rhubarb. Alongside Rhubarb and Edinburgh’s most luxurious rooms and suites, Prestonfield features a collection of stunning private dining rooms, opulent salons, a whisky bar and historic… 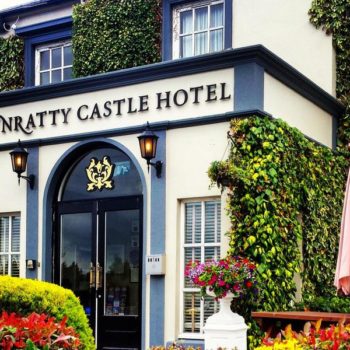 On arrival after clearing passport control and customs, collect your luggage and proceed to the Arrivals Hall. Here you will be met by your guide who will be your guide for the duration of your time in Ireland. Your guide will introduce you to your driver for the week and together you will venture northwards along Ireland’s wild Atlantic west coast and towards Ireland’s most famous natural attraction, The Cliffs of Moher.

After the opportunity to view the cliffs from above we will journey onwards to the village of Doolin where you will have the chance to lunch in one of the pubs or cafes in town (on own account). After lunch you will rendezvous on the pier to board the boat which will bring you below the cliffs. From here you will get a real feel for their height,as well as chance so see the bird colonies that call the cliffs home. Head to Bunratty Castle Hotel where you will stay for two nights. 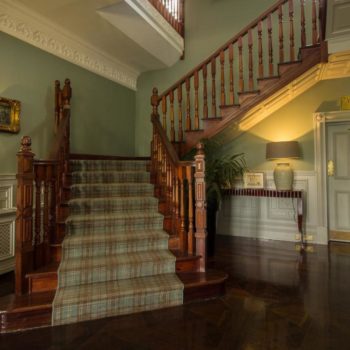 After breakfast, make your way to the lobby where your guide will meet you for your full day of touring.

Head into the dramatic Burren region where the first stop is a visit to the Aillwee Caves and birds of prey sanctuary. From here you will head to the village of Ballyvaughan in the heart of this strange and beautiful karst, limestone region where you will have the chance to enjoy get lunch (on own account) at a local café or pub and to browse the weekly farmer’s market for fresh food or souvenirs.

After lunch, head back to Bunratty where you can spend the afternoon enjoying the folk park and castle. Return to your hotel to change for the medieval banquet that you will enjoy at the castle’s great hall in the evening. 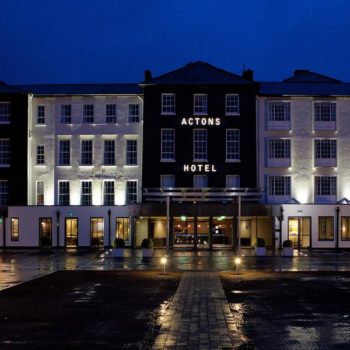 After an early breakfast, make your way to the lobby where your guide will meet you for your full day of touring.

Today you will head south to County Cork, stopping along the way to kiss the famous Blarney stone at Blarney Castle. Legend has it that kissing the stone gives you the ‘gift of the gab’- the loquaciousness that the Irish are famed for.

After this you will continue southwards still to the harbor town of Kinsale where you will have a chance to grab some lunch (on own account) and wander the colorful streets. Afterwards you will meet up at the harbor side to board a boat for a tour of local waters, including a visit to a nearby seal colony.

After checking into your hotel for the night, you may choose to make dinner reservations at Fishy Fish (own account). After dinner you are welcome to join your guide for a walk along the coastal past to Charles Fort, a unique star shape fort that dates back to the 1600s. 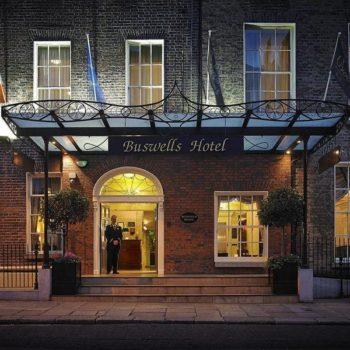 Meet your guide in the lobby of your hotel for your full day of touring.

Your first stop is the medieval city of Kilkenny where you will visit the castle which dates back to the 1400s. Afterwards you will have a chance to pick up a take-away sandwich for an early lunch on the bus as you head towards Dublin City.

The first stop in Dublin is the world famous Guinness Storehouse where you will have a short self-guided visit. Head further into the city to the Jameson Old Distillery. Here you will say goodbye to your bus and have the option to make dinner reservations at Davy Byrnes, a restaurant within walking distance (own account). Your guide will show you some Dublin landmarks along the way.

Following dinner make your way to Buswell’s Hotel where you will stay for one night. 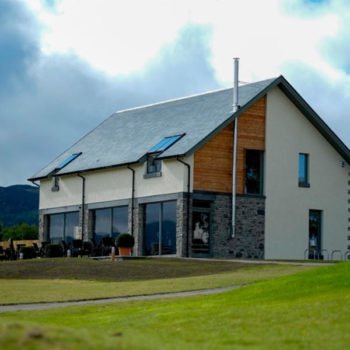 Meet your guide in the lobby of your hotel for your transfer to the Dublin Airport and flight to Aberdeen in the Highlands of Scotland.

On arrival, your Scottish guide will meet you in the arrivals hall and transfer you the short distance, via coach, south to the vibrant village of Aviemore in the Cairngorms National Park.

Arrive at MacDonald Morlich House where you will stay for three nights.

In the afternoon you will have free time to relax and perhaps explore the bustling village center on your own. 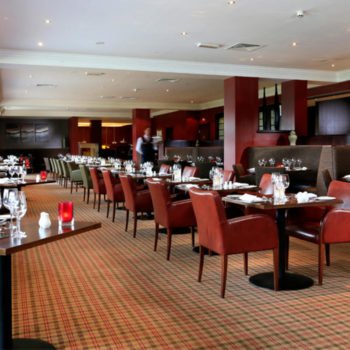 After breakfast, meet your guide in the lobby of your hotel for your full day hiking in the Cairngorms.

The Cairngorms National Park has a huge variety of low level hikes which take you on a journey through ancient pine forests and atmospheric glens with stunning mountain vistas and hidden lochs.

Options will include Loch Uaine – the Green Lochan – which gets its name due to the emerald shade of its water, or perhaps Loch an Eilean, meaning, ‘Loch of the Island’.

The island on the loch even has a ruin of a castle on it! With many routes to choose from your guides will help you decide based on the interests and fitness levels of the group, you will have 2 guides so the group can split if some people want to do a harder hike than the rest of the group. 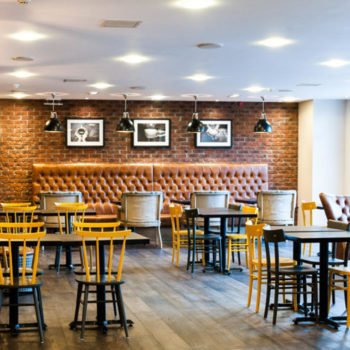 After breakfast, meet your guide in the lobby of your hotel for your full day tour.

You will start off by visiting the site of Culloden Battle and the final confrontation of the Jacobite Rising in 1746. Emerge yourself in the history of the Jacobite rebellions in the interactive visitor center and walk through the haunting battlefield that claimed so many lives almost 300 years ago.

In the afternoon you will go on the pursuit of one of the most famous legends in Scotland – the Loch Ness Monster! A boat from the pretty canal-side village of Fort Augutus, will take you on cruise of the Loch Ness. Keep your eyes on the water as you never know when the mysterious creature might make an appearance. 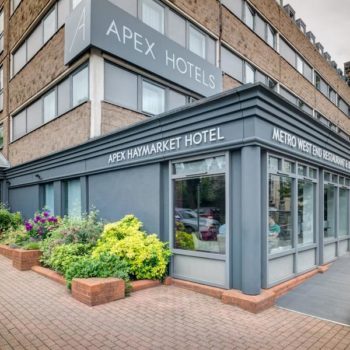 After breakfast, meet your guide in the lobby of your hotel for your full day tour.

Today you will head south to the scenic Highlands and into leafy Perthshire where will make a stop in the pretty village of Pitlochry. Visit the Edradour distillery, one of the smallest distilleries in Scotland Edradour’s quaint stone buildings, nestled in a lush valley just outside of the village.

After a tour and a warming dram, you will make your way to the center of Scotland’s capital city, Edinburgh. On arrival in Edinburgh you will be brought to The Apex Haymarket Hotel where you will stay for one night.

Staying in the center of Edinburgh, you will have free time to explore the city on foot in the afternoon. A walk along the Royal Mile in the Old Town is a must. This busy thoroughfare runs from Holyrood Palace and the Scottish Parliament at the bottom of the hill all the way to Edinburgh Castle at the top. A walk to the top of Arthur’s Seat will also afford you fantastic views over the characterful city. 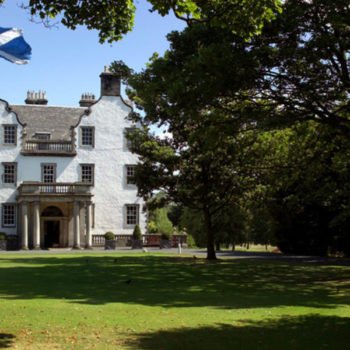 This morning you will have free time in the morning to explore more of Edinburgh.

In the afternoon meet your bus in front of your hotel to travel the short distance to Prestonfield House, on the southern outskirts of Edinburgh, where you will stay for one night. 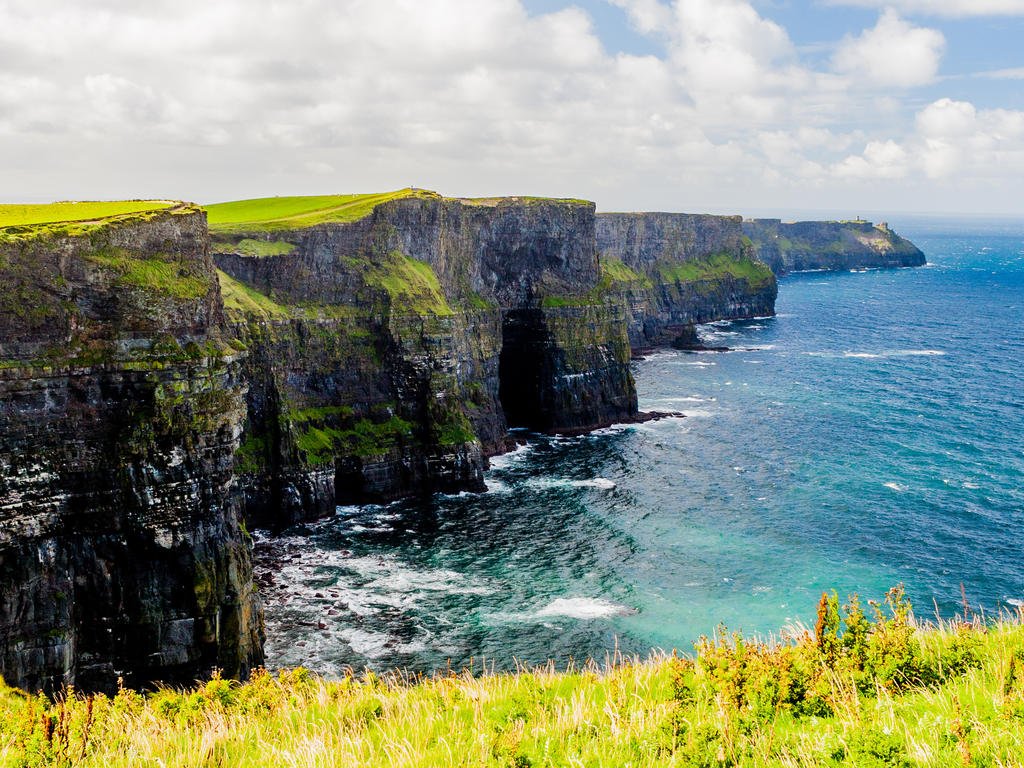 After an early breakfast, check out of your hotel and meet your driver in front of the hotel to transfer to the airport for your flight home taking the sights, sounds, and memories of an incredible experience home with you!

– All activities and tours as specified in your itinerary, unless referred to as optional;
– All accommodation as specified within the program;
– Services of the local guides and staff;
– Meals and drinks -will differ between accommodations;
– Air/ground transfers as specified within the program;
– Accommodation taxes, the applicable Tourism Levies and all relevant Value Added Tax (VAT) or Government Sales Tax (GST);
– Luxury Trips’ local representatives available 24/7 while travelling;
– Any scheduled flights and related taxes;
– International Airfare;
– Cancellation, baggage and medical insurance;

– Meals, drinks, laundry, entrance fees, porterage, tours/excursions and transfers not specified in the program;
– Any items of a personal nature or anything not specifically stated as included;
– Staff gratuities;
– Any new Government taxes, levies, fuel or industry increases which are beyond our control. 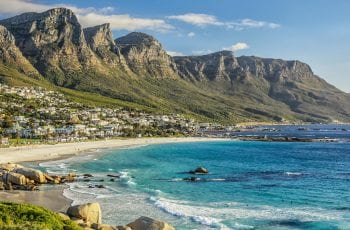 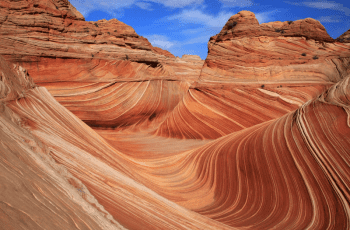 Classic Ramble Through the Heart of Canyon Country 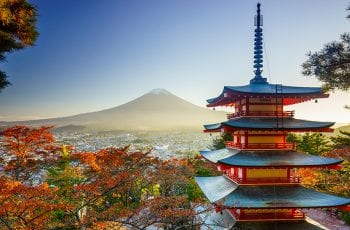 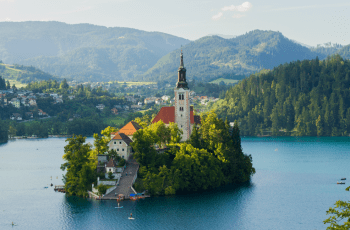 The Best of Slovenia & Croatia 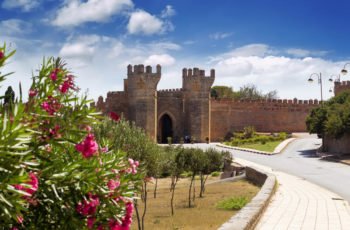 The Secrets of Morocco 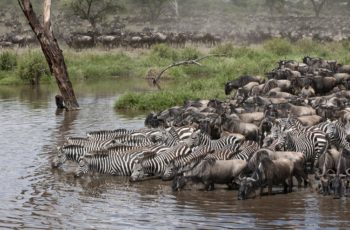 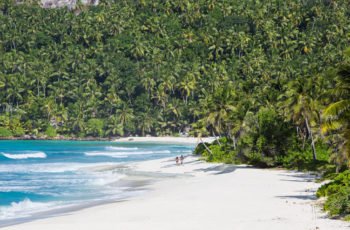 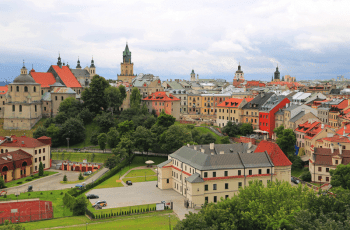 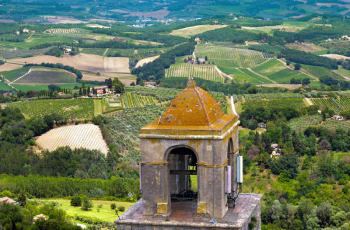 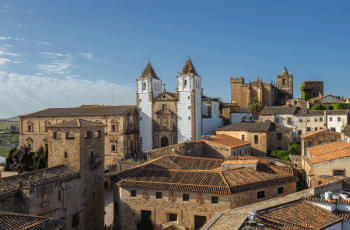 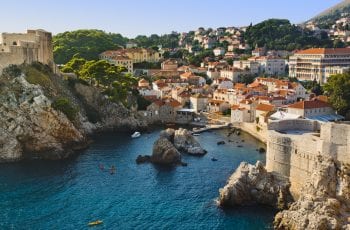 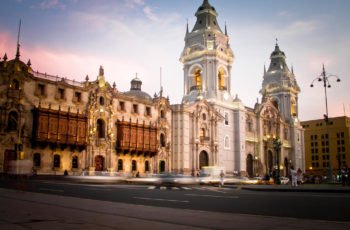 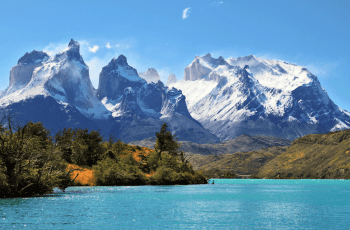 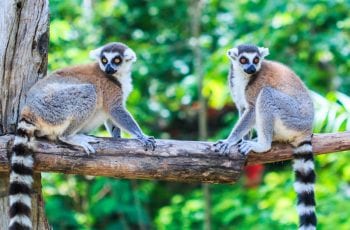 The Sacred & Untold Stories Of Madagascar 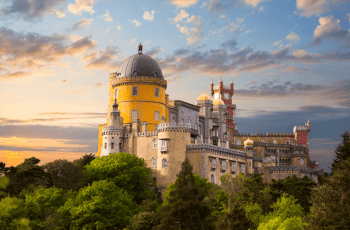